What We're Listening To: 5 Audio-Themed Podcasts That Inspire Us 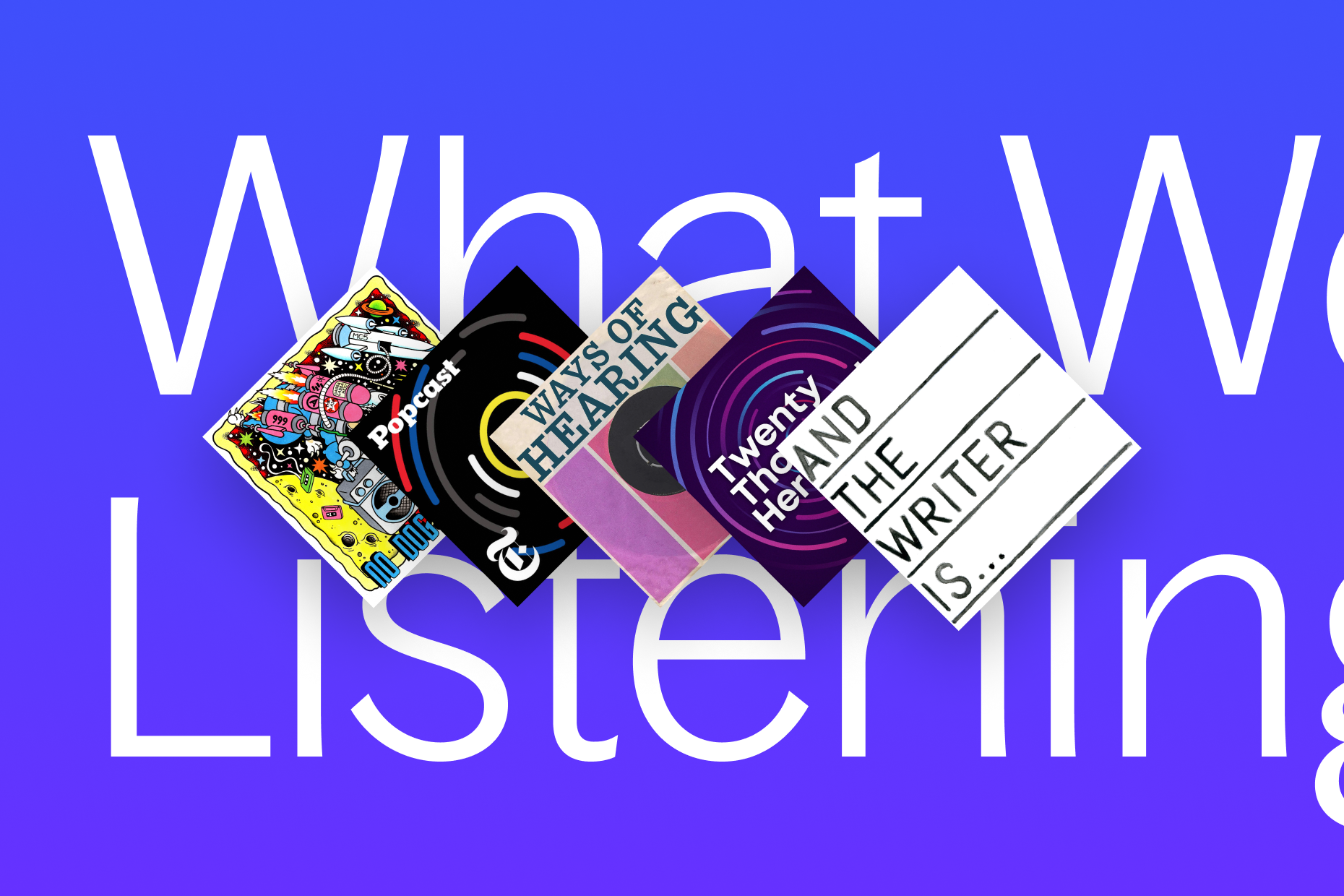 What We're Listening To: 5 Audio-Themed Podcasts That Inspire Us

The Highnote team naturally loves audio-formatted content, podcasts included. At the risk of being too meta, we often turn to audio-themed shows for inspiration, differing perspectives, and to learn about new and creative approaches to the audio arts. Since we all love a good recommendation, the team has gathered a list of our favorite audio-related podcasts and what we love about them for your listening enjoyment.

Why? I pick and choose the episodes when I’m in the mood to dig into new, mainstream genres that don’t normally cross my radar. Or when I’m trying to understand an artist that I just can’t seem to grasp.

Your favorite part? I appreciate host Jon Caramanica’s self-awareness around his own background in music and occasional inability to truly grasp what drives listeners to specific sounds, scenes, and artists. I was won over by the episode titled “The Enigma of Big Thief”, a band that I like but also struggle sometimes to share with others because it’s hard to place. It was just a very thoughtful, non-bashing, but probing discussion with critics trying to understand what makes people love the band and where others fall short. Super refreshing.

Who should listen? Anyone interested in music writing and critique. It’s less about the development of songs or genres and more of a deep dive into scenes and artists. If you like podcasts themed around current events, consider this your dose of the current state of music.

Favorite episode? The Big Thief episode is great. Additionally, as someone who rolls their eyes when they read the name Machine Gun Kelly, I found the episode on his whole story super fascinating, with some great guests. But to be clear, the eyes still roll…

Your favorite thing? You learn about the history of bands covered in a more human, in-depth way.

Who should listen? Fans of any of the bands/musicians they cover, and anyone interested in historical pop culture in general.‍

Why? It’s a short six-part series and a great overview of how the switch from analog to digital audio has changed our perception of sound when it comes to time, space, love, and more.

Favorite part? I appreciate that each episode is themed around a broad topic like Noise, for example, be it noise pollution in the city or a tape hiss from a crappy cassette, but weaves it elegantly into a succinct narrative.

Who should listen? Anyone interested in good storytelling and understanding the positive and negative consequences of the technological shifts underway in audio.

Favorite episode? Episode Three - Love. This episode really grabbed me, as it shows how enhancements in phone call technology (like noise removal) affect our perception of and connection with the person on the other end of the line.

Why? I love deep dives into history and the backstories behind inventions, creative work, and trends. I think I first heard about this podcast on 99% Invisible.

Favorite part? The stories are deep, well-researched, and reported, plus the sound design is perfect (it’s produced by a sound design studio called Defacto Sound). I also like the episode length, averaging around 30 min.

Who should listen? Anyone who enjoys the stories behind creative things. This goes way beyond music and even audio, but the idea of sound. Whether that’s SFX for a movie, jingles, machine learning, or the history of your favorite microphone.

Favorite episode? That’s tough because there are so many good ones but I really enjoyed the episode about the “I’m Lovin’ it” theme from McDonald’s. Obviously, I remember that from growing up, but I didn’t know the story behind its creation or what a versatile device it is for marketing. It includes great interviews with the team that developed it as well!

Why? As host Ross Golan introduces each episode, he reminds listeners that while “there are millions of singers and thousands of artists”, we only hear the top “40 songs per genre at a time”. I love this series because it focuses on all the people behind mainstream’s favorite songs, specifically the writers—those you’ll never see on stage, who come up with ideas for artists the first place.

Favorite part? It uncovers just how collaborative music is. I think there’s sometimes this myth that true artists work alone, that there’s some magical creative genius that is simply summoned from nowhere but within and effortlessly incarnated in song. I’m not saying that never happens, but more often than not, artists are working and sharing with collaborators, and if not direct collaborators, then indirectly through inspiration then glean from the people around them, whether they realize it or not.

Who should listen? If you’re the friend who swears they come up with the best bars, but never saw themselves rapping them centerstage. Or maybe you imagine the catchiest hooks but never thought of yourself as having a special voice, then perhaps there’s a writer in you just waiting to burst out. If so, check out this podcast.

Favorite episode? I love “Ep 12: Mikkel Eriksen of Stargate”. I would have never guessed that some of Ne-Yo’s first hits, “So Sick” and “Sexy Love”, signatures of his soulful, poppy RnB sound were assisted by some white dudes from Norway lol.

Do you have an audio-themed podcast you love? Share it and why we should give it a listen in the comments below! 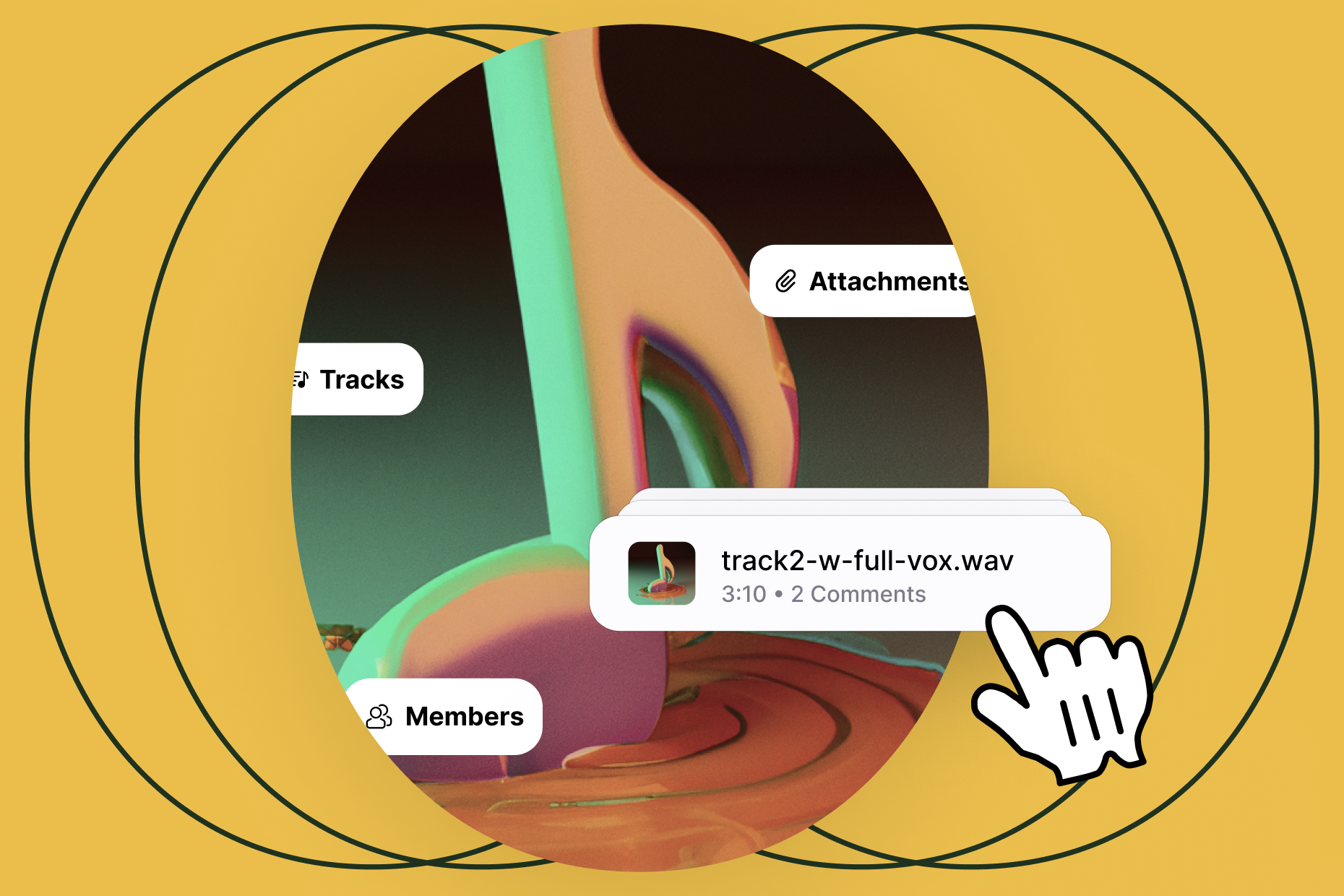 Get great content updates from our team to your inbox.

Thank you! Your submission has been received!
Oops! Something went wrong while submitting the form.